A downloadable game for Windows

Update (March 2022): There's a brand new demo! Unfortunately, this version is too big to be browser-embedded like the original, but a Windows version can be downloaded below. If you make a save game in the demo, you will be able to pick up where you left off in the final game.

Venture below the streets of London, and you will find the bustling kingdom of Rodentia, home to creatures great and small.

The mouse brothers Verm and Lance have heard rumour of a divine food hoard. But to reach it, they will have to venture through the territory of the lawless sewer rats...

This demo is just a snippet of what's to come.

Excited to see a bigger release of this, whenever that comes. Loved the art and the music, and the 'battle' at the end of the first chapter was very tense.

When's the full game being released? I'll pay top dollar for it.

I enjoyed the demo a huge amount and was genuinly angry when it ended. I really really liked the writing and the presentation. And that bagpipe song was fantastic. It reminded me a bit of the Zeboyd games

I haven't tried it yet, but I like the aesthetic. Good job :)

Very fun demo! You had me sucked in from the very start. Excellent pacing, writing, music and artwork.

One of my favourite games that i've played so far. Nice battle system, aswell as the Graphic and the music. In my opinion the Demo should have ended after the Cat fight so that you know how the new Weapon is played. Overall i recommend playing this game. I made a video if someone is interested.

As soon as this comes out I'm buying  a new laptop just to play it I swear.

The trailer and the actual play are different in a good way. I really like the graphics and sound that make good use of the look and feel like Megadrive.

It's like an adventure game with a little bit of battle rather than a role-playing game, but it's not bad.

Ooh, a new demo! I played the game a while ago, so new content is exciting.

I'm noticing that when the screen darkens, it doesn't go completely black (on the Steam version at least) -- I can still see the scene faintly.

One thing I would like to note: When "mom" or "dad" is used in place of a name (such as "dad's letter"), it's capitalized like a name.

Traversing the pipes in the sewer feels a bit like an Escher painting -- the pipes connect to different levels of elevation without visibly sloping. If it were possible to tweak the graphics to show the pipes sloping up and down, that would add to the environment.

Lance says "Some say [Sava] is as big as a horse", but how would mice even know what a horse is? If humans are so incomprehensibly huge as to be "gods", a horse would be even more eldritch. I don't know, it might make more sense for Lance to compare him to an animal that's more proportional to a mouse? A horse is pretty huge even by our standards.

Ooh, a skill tree! Curious that Lance has so many. I'm now wondering if he's going to come back later, or if his huge tree is just misdirection.

I always thought it was quite foolish of Lance to not cut Verm free in the first place. He says the traps snap your neck, so Verm's tail is clearly already broken; it'd probably have to be amputated even if they could get it free.

I feel there's something lacking to cutting away from the Tiger battle to have Verm get defeated offscreen. If possible, it would be neat to see something like in the Yellow God battle, and have Verm get reduced to 0 HP by a special attack, so we're left on more of a cliffhanger before cutting away.

LOL, stealing bandages from a child in Cranbaile. It's a real RPG now!

After meeting with Gilda, Verm says "you have one exactly minute" -- typo, I presume?

After all the buildup, I'm surprised to see that Verm's regular attacks are almost as good against Tiger as Siobhan's Wyrmfire. I expected something like a defense debuff after the mention that the moles' weapons couldn't pierce Tiger's fur.

It seems a bit silly that you can walk right back and chat with Gilda after she banishes you.

I like that Verm has a bark every time he enters rage! I always find it silly when RPGs have emotion-based status effects but that's not reflected by the characters.

Since Bruce can't attack, it might make more sense to rename the "Attack" option to something else. It amuses me that Bruce wasn't lying about not fighting!

The new demo is really neat! I like that you're streamlining the RPG experience by cutting out cruft like grinding and random encounters. I've long thought that RPGs would be improved by focusing on making every battle a unique set piece, so it'll be neat to see how that works out.

Do you have a timeline on when we can expect the full release?

I immediately fell in love it's been 2 months and I finally found it again!!

Godhand, Black Swordsman, and a heap of raw iron. I like the Berserk allusions. Kentarou Miura, RIP.

I've had this on my Steam wishlist for quite a while, but never got around to playing the demo! I absolutely love any media that has a small character, in a large human world (I.E Bug Fables, Supraland, Tales of Despereaux). You can just do so many cool things with it, and this game NAILS that feeling for me! Turning mundane human locations into sprawling dungeons or important areas is such a neat idea, and I love the lore that the game establishes so far. Definitely cannot wait for the full release of this, do yourself a favor and play the demo. Massive props to the developer!

Reply
Your Lesbian Wife1 year ago(+2)

Best of luck with the development, looks awesome

I love this so much keep up the awesome work!

Turns out, RPGs take a long time to develop. Nobody warned me.

oh ok! i have no experience with making a game but good luck, i cant wait for the full game!

OMG I'm excited for this game! The art and atmosphere are incredible, I'm already deeply invested in the characters and curious about the worldbuilding, and even though I'm not exactly a videogames person (I follow Kofi Young's blog, haha) I could not only work the gameplay mechanics, but start figuring out little strategies--I feel energetic and powerful. 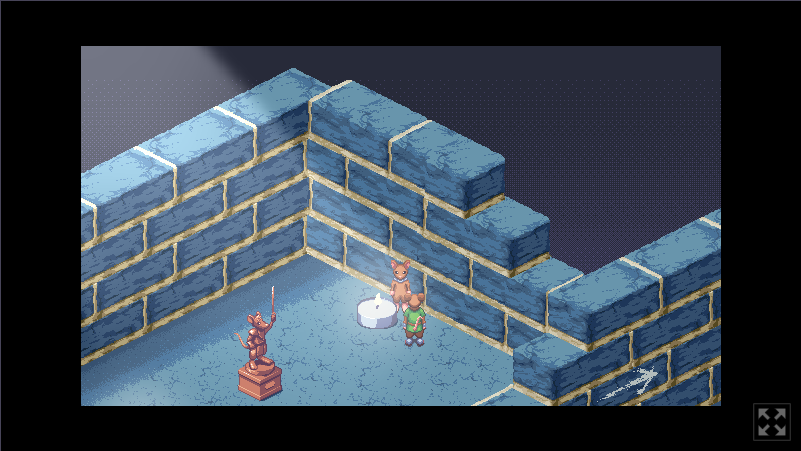 there are 2 pipes there pick the left one

I went into this thinking it would be a cute, sort-of fantasy rpg with adorable mice.

I just finished the demo and am now traumatized for life, thank you very much.

(In a good way, this is a really cool demo and I can't wait for the full version)

Dang, this is great. I love the art style. The soundtrack/effects are huge and wonderful. Can't wait for the full release.

Wait, how is it that you're the first person to spot this bug? How did I miss this?

It wasn’t intentional, I just screwed up and then I was like “wait what” lol

I remember seeing this like 2 or so years ago and just remembering it today as "rat rpg" and i spent like 10 minutes trying to find this "rat rpg" that I remembered. Google searching things like "rat rpg" "rat rpg protagonist" "rat rpg with rats as main characters" "rat rpg where rats go to a groccery store", searching itchio for "rat rpg", "mouse rpg", and eventually searching "little mouse rpg" and finding it.  (And yes, those are all google searches I made.)

The grocery store(?) scene stuck out in my memory. How the game suddenly became a horror game. How the whole world was suddenly too big. I don't remember it well - as I said, 2 years ago I found this game in a random youtube video.

Thank you for making such an interesting and compelling game and setting.

legit so amazing!! looking forward to the full release!!

Game looks good, the combat style reminds me of Beyond the Beyond.

This game so perfect!  I hope the full version comes out soon and I can play. Thank you for this experience <3

This game is SUPER AMAZING! The Art-style was so cool and beautiful my eyes feel like at heaven. Another great thing about this "demo" is the  soundtrack. It really improves the scene and they are banging. The humans are super terrifying and that cliffhanger was *muah* perfect. Cant wait for the full release!

Damn, i really wish we got some insight on why you have the things that you have at the ending. otherwise pretty dope